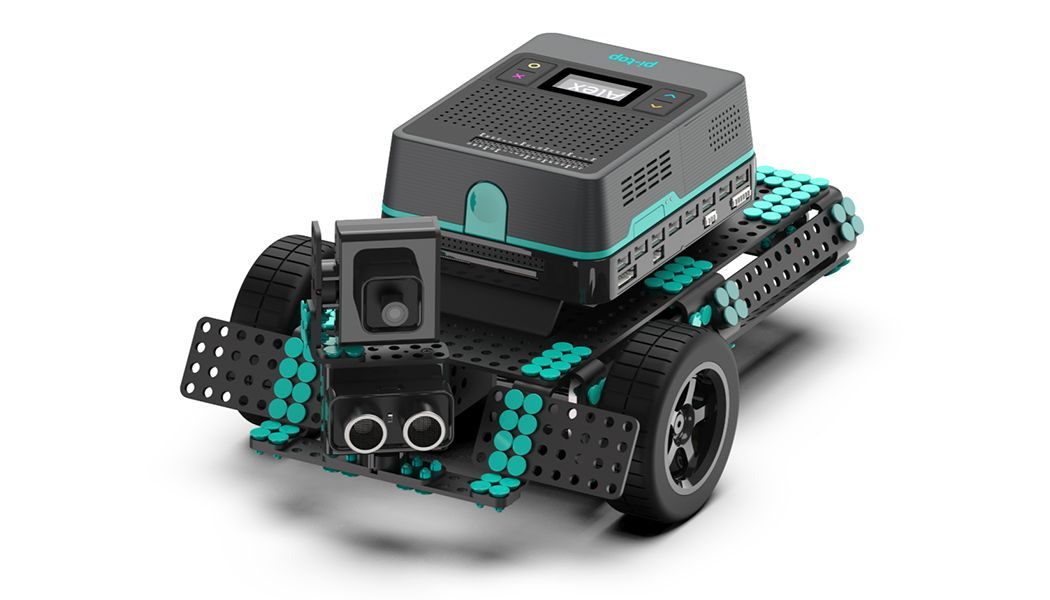 Already billed by Microsoft’s Jeff Tepper as one of last year’s “coolest” new computer devices, the Pi-Top [4] (www.pi-top.com) robotic kit will be officially debuted on Monday at the first-ever virtual edition of CES.

The game-changing robotics toolset, which includes all the power of Raspberry Pi, is a long-awaited addition to the pi-top product range with a strong replica of LEGO Technik. It works when plugged into pi-top [4], the world’s first Raspberry Pi 4 powered, go anywhere, do anything computer.

The pi-top combo got the interest of Teper, corporate vice president of Microsoft’s Teams, OneDrive, and SharePoint at the .NET Conf in November 2020. After catching a sneak preview of remote Computer Science with the pi-top smart rover, .NET interactive Microsoft Bot & Microsoft Teams, Teper said that “in the last year of seeing so much creativity in remote education via #MicrosoftTeams this is one of the coolest yet.”

The pi-top [4] has become a famous portable computer amongst the community of makers and in schools worldwide, since it was launched in 2019. Makers and pupils alike are capable of creating a wide range of electronics projects using an ever-expanding range of kits and accessories. These include a ‘bento box’ of components including buzzers, LEDS, sensors, and connectors, the pi-top FHD Touch Display and Bluetooth Keyboard.

Combined with the new pi-top [4] Robotics Kit, the makers can go one step forward in their creations – thanks to the device’s electronic components, for example, servos, motors, and a wide-angle camera. The kit itself is made of sturdy metal-made plates and brackets that snap together with rivets with a limited number of configurations.

Whether planning an automated vehicle, building a smart city, or creating the best drones in class, the pi-top [4] Robotics Kit will be able to help.

Jesse Lozano, co-founder of pi-top, said last night: “We’re really excited about the launch of the pi-top [4] Robotics Kit. It’s the culmination of years of work by everyone at pi-top and feels like the final piece of the puzzle. Our pi-top family is complete (for the moment)!”

“The sky’s the limit for anyone using our pi-top [4] computer in conjunction with the pi-top [4] Robotics Kit. Whether it’s a robot you’d like to make, or an environmental station or autonomous vehicle, they’re the only tools you need.”

“We can’t wait to see what makers will create with our Raspberry pi powered toolset.”

Another part that makes pi-top [4] different from other products in the Robotics Kit is that it gives users unique access to a robust suite of open-source libraries. Makers will have the option to work in any open-source software from Python to Robot Operating System (ROS) and even have full deployment in .NET environments.

pi-top’s Robotics Kit is the culmination of over six years of work that started in 2014 when co-founder Ryan Dunwoody and Lozano worked to create the world’s first 3D printed laptop. Now, pi-top employs a global team. Their products are used in thousands of homes, maker’s locations, and schools worldwide.

The pi-top [4] Robotics Kit with Expansion Plate will be available to buy in the US for $199.90 from Amazon, Newark, b8ta stores, Chicago Electronics, Digi-Key, and Arrow. Other international outlets include Farnell in the UK, Elmwood Electronics in Canada, and The Brainary in Australia (pi-top [4] required and sold separately).

CES’s 51st edition is the world’s most influential tech event that will take place exclusively online from January 11th to 14th 2021.

Read Next: Tech Trends that Will Influence Education in 2021

We use cookies on our website to give you the most relevant experience by remembering your preferences and repeat visits. By clicking “Accept All”, you consent to the use of ALL the cookies. However, you may visit "Cookie Settings" to provide a controlled consent.
Cookie SettingsAccept All
Manage consent

This website uses cookies to improve your experience while you navigate through the website. Out of these, the cookies that are categorized as necessary are stored on your browser as they are essential for the working of basic functionalities of the website. We also use third-party cookies that help us analyze and understand how you use this website. These cookies will be stored in your browser only with your consent. You also have the option to opt-out of these cookies. Click on different category headings to find out more and change default settings. But opting out of some of these cookies may affect your browsing experience.
Necessary Always Enabled
These cookies are necessary for the website to function and cannot be switched off in our systems. These cookies ensure basic functionalities and security features of the website, anonymously. You can set your browser to block or alert you about these cookies.
Functional
Functional cookies help to perform certain functionalities like sharing the content of the website on social media platforms, collect feedback, and other third-party features.
Analytics
Analytical cookies are used to understand how visitors interact with the website. These cookies help provide information on metrics, like the number of visitors, bounce rate, traffic source, etc. All information these cookies collect is aggregated and therefore anonymous.
Advertisement
Advertisement cookies are used to provide visitors with relevant ads and marketing campaigns. These cookies track visitors across websites and collect information to provide customized ads.
SAVE & ACCEPT
Power Sector Digitization-Mr. P.K. Agarwal, Sr Technical Advisor Former Director & CISO, POSOCO Ltd.
Debashis Sarkar Tripura State Electricity Corp. Ltd. Digitization of India's Energy Sector
The Future of Electric Vehicles in India | Dr. Shivani Sharma - Hitachi Energy India Ltd.
Mr. Manu Srivastava, Principal Secretary, Govt. of Madhya Pradesh on India’s Solar Energy Adoption
State of Digitization in India | Mr. Ajai Garg, Sr. Director, MeitY, Govt. of India.
Katya Ivanova, VP Global Sales, Acronis
The HostingTalk Online with Sabarinath Sampath on creating a customer centric IT enterprise
What are the challenges of multi-cloud adoption? Panel Discussion | Sabarinathan Sampath
Innovation for Digital Innovation | Panel Discussion | Sabarinathan Sampath
The 11th edition of India CFO Summit & Award 2021 | Hosted by Sabarinathan Sampath
What are the challenges of multi-cloud adoption? Panel Discussion | Sabarinathan Sampath
Why cybersecurity matters in South Asia?
Capacity Middle East '22 | How to upgrade the capacity of subsea routes | Sabarinathan Sampath
CISO Zero Trust ASEAN 2022 | Top Questions Board Will Ask and How You Can Prepare For Them |
CISO Zero Trust ASEAN | How Do You Develop a Zero Trust Organization | Panel Discussion
South Asia Digital Week 2022 | Bangladesh Edition | Curbing The Rising Threat of Cyber Crimes
FINSEC2022 | Moving Core to the Cloud - Examining Security & Privacy | Sabarinathan Sampath
The CFO’s Role In Transforming Enterprise Compliance | Panel Discussion